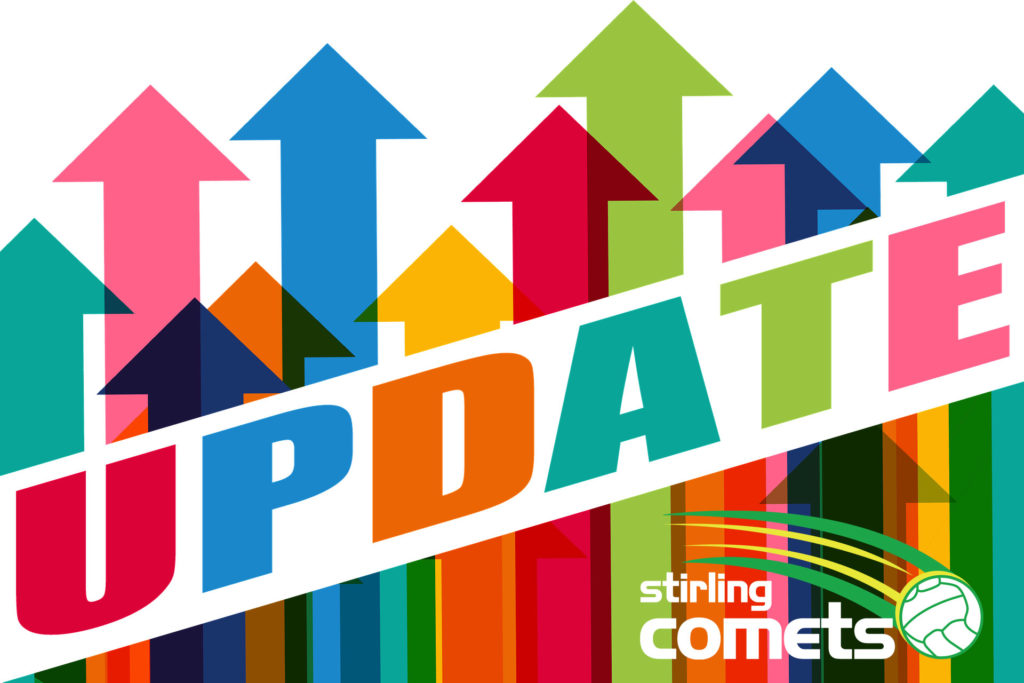 Details below but in summary:

Netball SA issued a clear directive on 18 March regarding the start of Season 2020 – see link https://sa.netball.com.au/news/letter-ceo

An exert with key information below:

“In light of this advice, Netball SA has recommended our associations postpone the commencement of all regular winter competitions until May 31, with a view that we will continue to monitor the situation.

Further to this, we recommend all club training and grading competitions be postponed until two weeks prior to the commencement of the season, provided government advice is adhered to and increased hygiene practices are in place at that time.”

Further updates to follow once the HNA / Comets committee have had a chance to meet. For now, we encourage all players to keep up their fitness and undertake some passing practice with a friend/sibling/parent at least once a week if possible…goalposts are up at Stirling East PS for any shooting practice!

The board thanks you for your patience in the matter of how to proceed with our 2020 netball season.

As some of you may be aware NetballSA today released a CEO note, which is attached.  https://sa.netball.com.au/news/letter-ceo

In light of the recommendations from NetballSA in attached CEO note, all club training and grading is to be postponed until two weeks prior to the commencement of the winter season.  Which for your club would mean trainings can start on the 18th May 2020.

Grading nominations would need to be entered into mynetball and the cover form be forwarded to me by the 31st May which will give the grading subcommittee time to evaluate and make decisions.

In light of the above time frame our 2020 winter season would commence games on the 13th June, at this stage.

The board will be having further discussions over the coming weeks about the possibility of extending or shortening the 2020 winter netball season, once discussions have taken place, all clubs will be notified.

As always, we thank you for your patience and we will keep you informed of any updates from NetballSA who continue to liaise with the Australian Government, World Health Organisation, Sport Australia/AIS and the Chief Medical Officer.

Netball Australia has released a statement providing useful information regarding hygiene protocols which is attachedhttps://netball.com.au/news/covid19-community-netball-message-netball-australia-ceo  The federal government also released a statement with specific advice to community sport https://www.pm.gov.au/media/update-coronavirus-measures