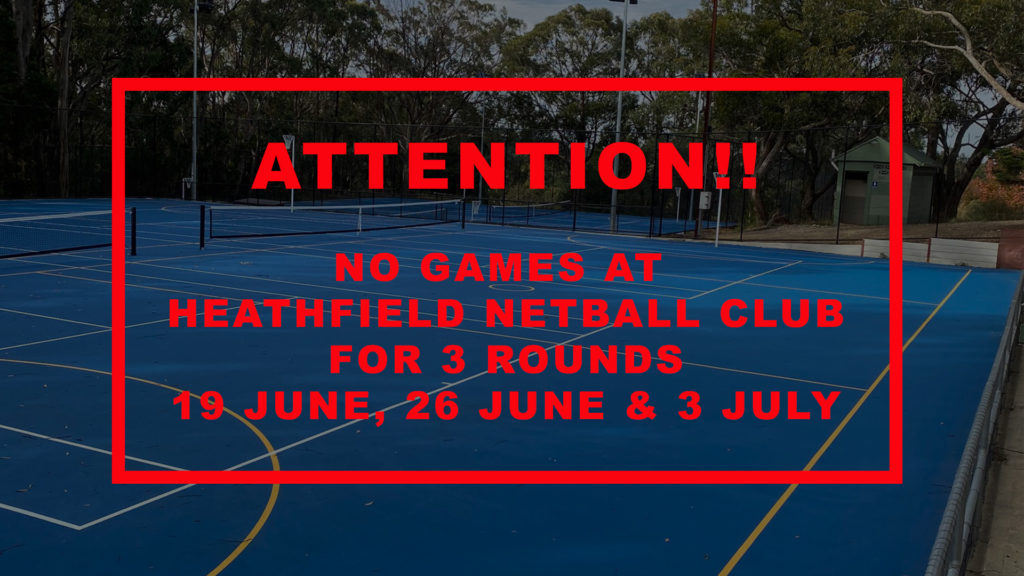 As a background to all of these slightly frustrating court relocations – there have been a number of complaints raised about the slippery state of the Heathfield courts (including the Stirling Comets). These have either been sent directly to Heathfield, the HNA or Council.

Outcome – the owner of the court cleaning company that attended the meeting was adamant that the courts had not been adequately cleaned or by the best method. He has guaranteed that the courts will no longer be slippery after he cleans them, or no charge to HNC. So fingers crossed it works!

The Hills Netball Association has made the decision to move all matches scheduled at Heathfield courts to other courts for the next three rounds (19 June, 26 June and 3 July). They hope that specialised court cleaning will occur during this time and will solve the problem of the slippery surface.

Please refer to the HNA program for details of where matches will be played during these weeks.